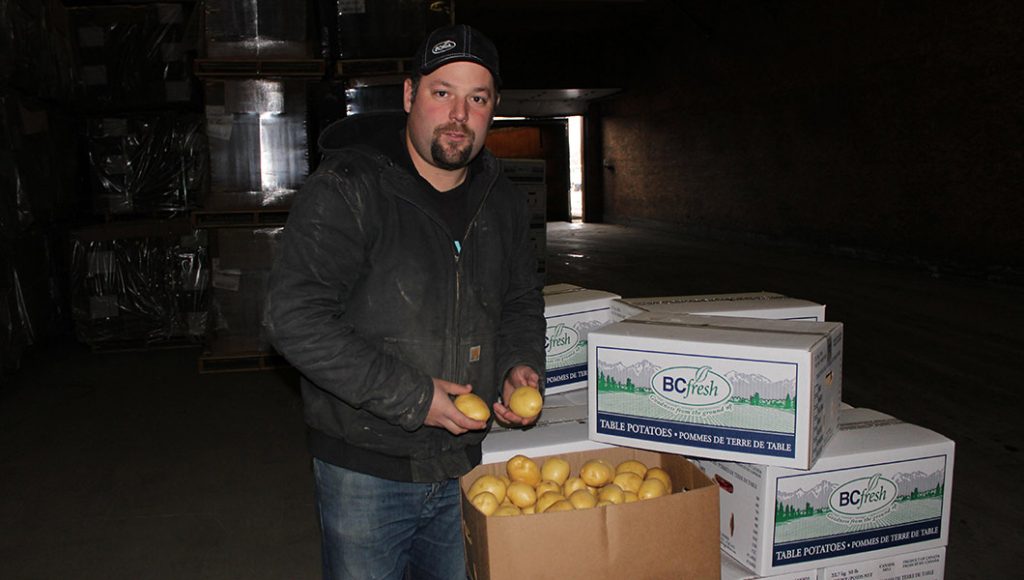 Cory Gerrard is a 33-year-old potato producer at Rod Swenson Farms, a fourth-generation farm on Westham Island in Delta, British Columbia. Gerrard married into the Swenson family and runs the operation along with his wife, brother-in-law, and father-in-law, but he’s certainly no stranger to farm life.

“I was born into it,” says Gerrard. “I’ve been farming pretty well all my life.”

Rod Swenson Farms encompasses several hundred acres in the fertile Fraser River delta, where it produces potatoes in a one in three-year rotation with barley and wheat. A few other crops are grown as well, such as pumpkins and corn.

The operation is only 20 minutes away from downtown Vancouver, and as Gerrard can attest, farming in the suburban confines of Canada’s third-largest city does pose some unique challenges.

The biggest is the ever-present land squeeze felt by farmers in the Agricultural Land Reserve (ALR), much of which is situated within the urban sprawl of Greater Vancouver. A hot real estate market and a serious shortage of residential and industrial land has led to real estate speculators buying ALR land in the hopes of eventually being able to transform it into something other than farmland.

As a result, it’s become very difficult for farmers like Gerrard, who want to expand their operations. “We’ve had a tougher time trying to find land here,” he says.

Gerrard notes that the business is also concerned about the possibility of losing some of the land it already farms. Rod Swenson Farms rents about 200 acres of Delta farmland from the provincial government in an area set aside for possible port expansion, and talk has been growing in recent years of this expansion finally going ahead.

Despite all this, Rod Swenson Farms has been able to increase its acreage recently—but not in the way you might think. A half-dozen years ago, it ventured further up the Fraser Valley and added 40 acres of farmland in the Abbotsford area. Then, two years ago, it went even further afield to B.C.’s central interior region, where it purchased 250 acres near the city of Kamloops. Potatoes are the main crop in all three production areas. 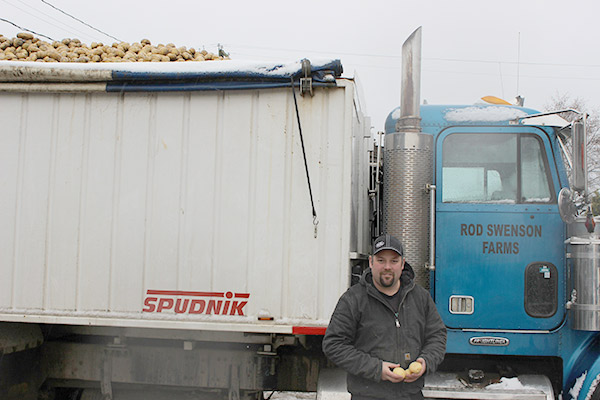 Gerrard says the Kamloops operation previously grew alfalfa, so there’s been an adjustment in transforming the farm to potatoes. “It’s been a very steep learning curve. It’s completely different to what we’re used to in Delta, with the climate and the soil type,” he explains.

Gerrard stresses reducing business risk was a key factor behind the decision to expand operations beyond the home farm.

“That was the idea, that perhaps expanding into the different locations would lessen the risks moving forward,” he says. “I think it’s going to be a big positive for us for sure.”

For example, the potato fields in Abbotsford have lighter soils than in Delta. This enables potatoes to be planted there a few weeks earlier in the spring, which helps spread out production for Rod Swenson Farms. The farm also managed to buy its property in the Kamloops area for much less than it would have had to spend for comparable farmland in the Lower Mainland.

The Canadian government offers a number of business risk management (BRM) programs that help protect farmers against different types of income and production losses. The Canadian Horticultural Council (CHC) advocates on behalf fruit and vegetable growers to ensure the maximum effectiveness of BRM programs, like AgriInvest, AgriStability, AgriInsurance and AgriRecovery.

Gerrard notes his farm has taken advantage of BRM programs in the past but acknowledges there really isn’t anything in the current business risk management framework that assists growers in a land-crunch situation like his—at least, not yet.

“I’m not really sure how it would work, or how it could work, even,” he says.

Rod Swenson Farms may be expanding outward to different locations, but Gerrard continues to have a positive outlook about the home farm in Delta.

Gerrard lists the farm’s close proximity to a huge urban market and the growing popularity of local produce with Vancouver-area consumers as things it has going in its favour. “I think there’s a bright future,” he notes.