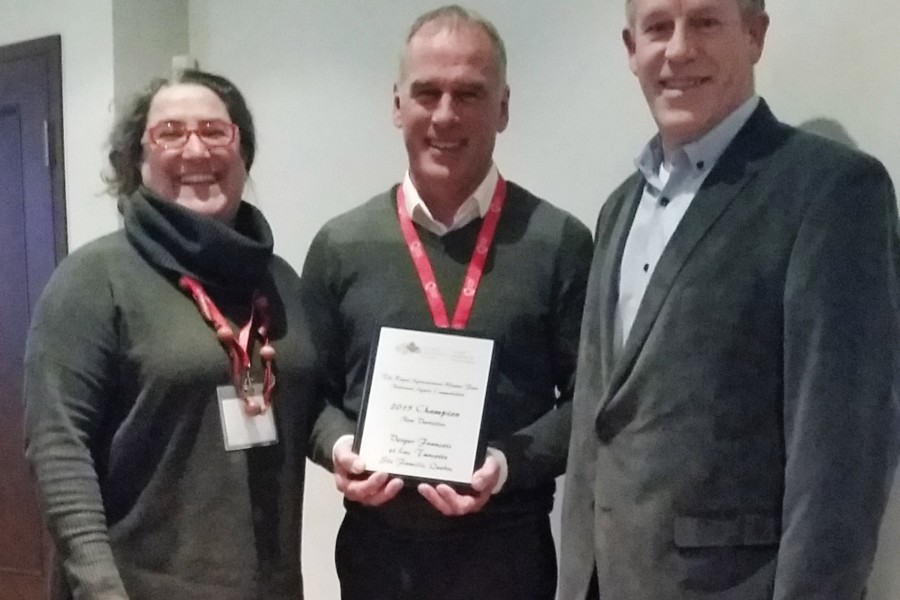 The Apple Competition was supported by a number of sponsors in 2015 including the OAG, CHC, BCFGA, Quebec Apple Grower Federation and Georgian Bay Fruit Growers’ Association.  Brian Gilroy is Vice-Chair of the Horticultural Committee.  The Apple Sub-Committee is made up of Glen Lucas, Melanie Noel, Andre, Brian and Kelly Ciceran.When we started it up again  in 2008 it was thought that perpetual trophies are a nice addition to the competition so the CHC and OAG sponsored those perpetual trophies,” says Kelly Ciceran, General Manager at Ontario Apple Growers.  “Each association purchased the trophy in 2008 which resides at the Royal and each year the OAG and CHC purchase a ‘keeper’ plaque to give to the winner.  The winner is determined by an accumulation of points based on their places won in the section.  The “Champion” has the highest points accumulation and the “Reserve” is the second highest points accumulation.  The Champion of the Commercial Section wins the OAG Trophy and the Champion of the New Varieties Section wins the CHC Trophy.  There is no trophy for Heritage Varieties although there is still a Champion and Reserve for that section.”