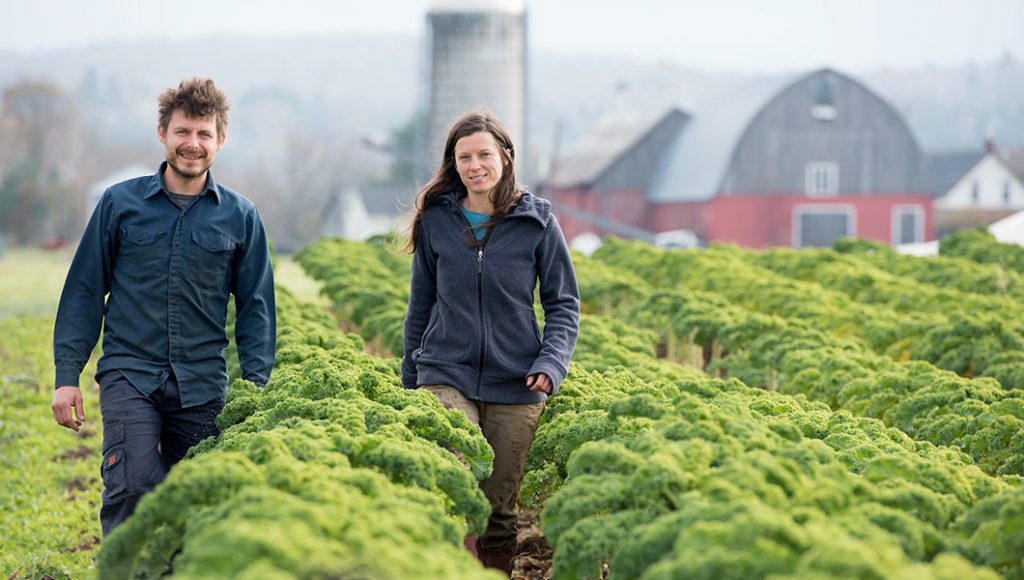 Located in the charming valley of the Diable River in Quebec’s Laurentian Region, Ferme aux petits oignons has an incredible story to tell. As part of the wave of agroecological horticultural field and greenhouse production, the Mont-Tremblant business continues to impress with its capacity to develop new production markets and niches, its innovative approach, and its desire to ensure the farm remains a healthy place and one where it is good to live and work.

The philosophy of the business as well as its membership in the Coopérative pour l’agriculture de proximité écologique (CAPÉ) and the Réseau des fermiers de famille d’Équiterre contribute considerably to its influence at the local, regional, and Canadian levels. It is therefore not surprising that on December 3, the owners of Ferme aux petits oignons were named 2017 Canada Outstanding Young Farmers!

And yet, 10 years ago, Véronique Bouchard and François Handfield did not seem destined for careers as vegetable producers; they were studying at university and did not hail from farming families. Nevertheless, in 2008, after graduating, the couple rented a plot of land in Mont-Tremblant to experiment with organic farming and develop their skills. 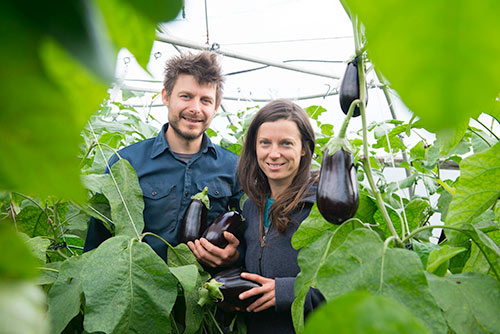 Since then, they have moved to become owners of a 4.5-hectare farm and have great ambitions: to provide quality, fresh, local organic food to the local population through short distribution channels. Over 65 kinds of field- and greenhouse-produced vegetables, herbs, flowers, and fruit are proudly grown. The owners seem to have hit upon a winning formula, with sales revenue nearing $800,000.

In the first years of the business, crop diversification was the perfect natural strategy for tackling constantly changing climatic and phytosanitary conditions. Through a great diversity of foods produced and the favoured agro-ecological approach, which focuses on the creation of ecosystems, the farmers developed considerable resilience.

According to François Handfield, Ferme aux petits oignons is working to “accompany life and biodiversity in its expansion by guiding it toward horticultural production. The preservation and proliferation of biodiversity is important to the point where an aphid actually has its place in our production system.” Given the profound respect they hold for nature, it is not surprising that the business’ production plots and greenhouses witness an abundance of growth.

Such care for sustainability helps attract the farm workers and interns who tread the soil of the farm. Although hindered by the lack of workers in the horticultural sector, the business relies on the quality of life and working conditions to recruit qualified, efficient, hardworking, and educated employees.

Far from slowing down its progress, Ferme aux petits oignons will soon be renting an additional plot in order to produce more green fertilizer for its open field production. The area of greenhouse production will also be tripled in the not-too-distant future to over 6,000 square-metres. With successful experimentation of greenhouse ginger production, you can bet that Ferme aux petits oignons will continue to make headlines for years to come!